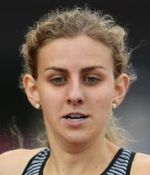 Mary Cain was unbeatable in high school races. At age 16, she became the youngest athlete ever to represent the U.S at a World Championship track meet, and at age 17, she was the 2014 World Junior Champion in the 3000 meter run. After high school, she turned professional and broke many records while running for the world-famous Nike track club. Today she is 23 years old and tells a frightening story about how she was shamed into a weight loss program that led to a horrible eating disorder, stopped her from having menstrual periods, and weakened her bones so she had multiple fractures. The injuries interfered with her training, slowed her race times, and forced her to stop running competitively for three years.

This series of harmful events happened to a highly intelligent athlete. When she was in high school, she was a straight A student, and she was in the honors program at the University of Portland while competing as a professional athlete. Today she wants to help other female athletes to be protected from coaching practices that cause eating disorders and their terrible consequences.

At age 17, Cain won “Youth Athlete of the Year” from the USATF and “High School Athlete of the Year” from Track and Field News. She announced that she would not run in college because she would turn professional to run for the Nike Oregon Project, coached by the world-famous Alberto Salazar. At age 18, she broke the World Junior Indoor 1000 meter record in 2:35.80 and the U.S. mile junior record of 4:24.11, and won many races including the outdoor 3000 meters at the 2014 World Junior Championships in 9:15.81.

Harmful Practices at Nike Oregon Project
On November 7, 2019, The New York Times published an Opinion piece by Mary Cain, stating that her race performances deteriorated because her coaches at The Nike Oregon Project insisted that she lose weight by severely restricting food and taking banned substances. Severe food restriction caused this magnificent athlete to stop menstruating for three years, and caused her brain to reduce production of pituitary hormones that stopped her ovaries from making enough estrogen and weakened her bones. Severe calorie deprivation also causes a significant loss of muscle, which would prevent her from running as fast as she could with stronger muscles (JAMA Netw Open, 2019;2(10):e1913733). She suffered multiple injuries that kept her from training properly, including five broken bones, and began having suicidal thoughts.

Kara Goucher, a member of the United States Olympic team in 2008 and 2012, left the Nike program in 2011. She said that she had the same miserable experience of being shamed by being weighed in front of her teammates, having to eat restricted meals cooked by an assistant coach and then secretly stuffing herself with energy bars in her room.

In October 2016, Cain left the Nike Oregon Project and moved back home to New York. She enrolled in business and pre-med classes at Fordham University and started training under John Henwood, a former competitive long-distance runner who competed for New Zealand in the men’s 10,000 meters in the 2004 Olympics. Hopefully she will again become the world-class runner that she was before she was misled into thinking that she had to keep losing more weight.

What Happens When a Young Woman Doesn’t Get Enough Calories
The extreme training used by elite endurance athletes makes them very thin, but Cain’s coaches at the Oregon Project felt that she could run faster if she were even thinner. An athlete at this level requires a tremendous amount of calories just to support her prodigious training, but she was told to eat less and exercise more.

Dr. Mona Shangold, a sports gynecologist and expert on “female athlete triad,” has written extensively on the effects of intense athletic training in young girls. She said, “Adolescent girls who train heavily tend to be ultra-thin with low body fat. They burn more than they eat, and this calorie deficit delays puberty, which leads to deficient estrogen production. Girls deficient in estrogen do not build as much bone as they should, leading to stress fractures and future osteoporosis” (Runner’s World, online April 25, 2007). “In most women, genetic, environmental, and psychological factors often contribute to the development of eating disorders. However, competitive female athletes are often at much higher risk because the internal and external pressures of competing and improving performance frequently increase the psychological stresses that promote unreasonable weight control and other eating disorders. Mild caloric insufficiency can lead to menstrual disorders, infertility, reduced bone density, and increased fracture risk. Severe caloric insufficiency can lead to heart damage and sudden death, amenorrhea, osteoporosis, gastrointestinal problems, impaired kidney function, respiratory failure, cerebral atrophy, seizures, dry skin, hair loss, muscle wasting, and vitamin deficiencies.”

My Recommendations
I hope that all coaches of young female athletes understand the extreme health and psychological dangers that can be caused by calorie restriction in heavily-exercising athletes. The younger the athlete, the greater the harm. Lack of calories causes a woman’s ovaries to markedly reduce their production of estrogen, which will cause her bones to weaken and break. When a young athlete is pressured into unhealthful practices, such as drugs or extreme weight control measures, she can expect to be harmed psychologically as well as physically.

Exercise to Boost Your Immune System

Muscles Weaken with Aging Even If You Exercise

Exercise and the Gut Microbiome