Virtually all doctors agree that stents can save lives if used within three hours of the start of a heart attack. However, there is no good evidence that stents prevent heart attacks in people who have chest pain during exercise. The ORBITA study showed that in patients with medically-treated heart pain and severe heart artery blockage, stents did not increase exercise time more than a placebo procedure (Lancet, Jan 6, 2018;391(10115):31-40). This was a double-blind, randomized, controlled trial on 200 patients with severe single-vessel stenoses (stable angina). A review of 11 randomized trials involving the follow-up of 11,518 patients with plaques in multiple arteries leading to their hearts showed that those who had bypass surgery were less likely to die than those who had stents (Lancet, Mar 10, 2018;391(10124):939-48). 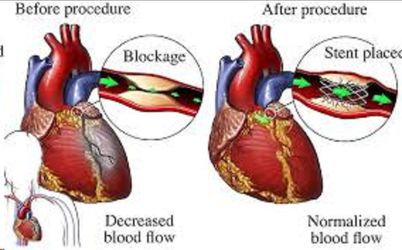 A stent is a tube-shaped device placed in the coronary arteries to keep the arteries open in the treatment of coronary heart disease. Stents have been proven to be of benefit for:
• sudden blockage of an artery leading to the heart,
• those with blockage of one heart artery, and
• some non-diabetics with up to two blocked arteries.

In bypass surgery, blood vessels are taken from another part of the body and used to bypass blocked arteries leading to the heart. Bypass heart surgery is indicated to increase blood flow to the heart when the doctor feels that symptoms are too severe to wait for medical treatment and lifestyle changes:
• heart failure,
• angina not controllable medically,
• blocked blood vessels that need to be opened immediately, or
• when medical treatment is not likely to be effective, such as having three or more blocked arteries. Generally, bypass patients are less likely than stent patients to need repeat surgery (N Engl J Med, March 26, 2015;372:1204-1212). 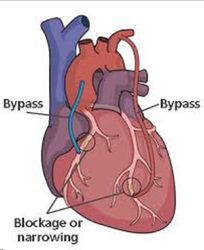 Stents Do Not Come Free
Stents increase risk for future clots that can cause heart attacks and strokes, so people with stents usually must take anti-clotting medication for the rest of their lives. It is my opinion, and that of many heart specialists, that stents should not be put into the heart arteries unless a person has virtually complete blockage of blood flow to the heart, a sign of impending death of heart muscle, or uncontrollable chest pain. Stents can help people having a heart attack, chest pain, uncontrollable irregular heartbeats, or perhaps those in heart failure. Stents have not been shown to prevent heart attacks or strokes, probably because people with plaques in one artery often also have plaques in all of their coronary arteries. See my earlier report on Too Many Stents.

What Causes Heart Attacks?
The first event that sets you up for a heart attack is the formation of tiny holes in the inner lining of arteries. Then clots form at the sites of the holes, and a plaque starts to form where a clot first appeared. As new holes appear in arteries, new plaques form in each hole until the inner linings of arteries are covered with plaques. A heart attack usually occurs when a piece of a plaque breaks off from the inner lining of the artery. A larger clot forms where the plaque breaks off, and it can extend until it completely blocks the flow of blood through that artery. A heart attack occurs when the part of the heart muscle supplied by that artery then gets no blood flow, lacks oxygen, hurts and eventually dies.

Check Your Own Blood Pressure