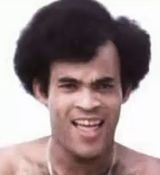 Today my favorite song is “By the Rivers of Babylon”, the second highest-selling single of all time in the UK. I heard the song for the first time a few weeks ago on YouTube. It was recorded in 1978 by “Boney M,” whose original members were with the band from 1976 until 1986. They all came from the Caribbean: Bobby Farrell came from Aruba, Liz Mitchell and Marcia Barrett were from Jamaica and Maizie Williams was from Montserrat, an island in the Lesser Antilles. Bobby Farrell did little singing on stage but would dance, often with his bare chest exposed, while the three women sang. The group sold more than 80 million records worldwide. They had their first big breakthrough in 1976 when “Daddy Cool” became the top recording in Germany, and then the top recording in Switzerland, Sweden, Norway, Spain, France and Austria and in the top 10 in the UK. In 1978, “Rivers of Babylon” and “Brown Girl in the Ring” were the top recordings in Europe and among the most-sold singles of all time in the UK. Other big hits included “Rasputin,” “Ma Baker,” “Sunny,” and “Mary’s Boy Child.” They played to sold-out audiences all over the world.

By 1985 the group was failing to meet their earlier successes, and all four original members eventually withdrew from the group. The group continues to this day with all new members. On December 30, 2010, Bobby Farrell died at the age of 61 from a heart attack.

Caribbean Upbringing, Worldwide Performance Career
Roberto Alfonso Farrell was born in Aruba in the Netherlands Antilles. He left school at age 15 and became a sailor for two years, worked as a disc jockey in the Netherlands and then moved to Germany where he was recruited by producer Frank Farian to be the male member of a new Euro-Caribbean disco group called Boney M. All four of the original members sang their songs on stage, but for reasons that were never explained, other singers replaced Bobby Farrell and Maizie Williams in their recordings. On the records, the distinctive gravelly male voice was actually Farian’s, with studio enhancement to produce the strange sound. Farrell was allowed to sing in live performances, with multiple background singers.

In 1981 at age 32, Farrell married Jasmina Shaban. They had a son and daughter, and divorced in 1995. He earned a lot of money from Boney M’s recordings and appearances, but he spent the money almost as fast as he made it. At one point he needed money so badly that he signed over all of his rights to the earnings of Boney M to Farian for 100,000 marks. Farrell left Boney M in 1981, then rejoined in 1984 and stayed with them until the group split up in 1986. By that time he was so poor that he and his family had to move in with his mother in the Netherlands and live on welfare.

His wife was smart enough to realize that Farian had not registered the name “Boney M” in many countries, so Farrell was able to use it to continue his career as “Bobby Farrell’s Boney M.” He toured with his own band and re-recorded the Boney M hits.

Being a Popular Musician Takes its Toll
The pressure of being a popular musician is tremendous, playing and singing the same songs thousands of times over and over to get to the highest performance levels. You can’t be famous unless you entertain frequently, often in smoke filled auditoriums. While on tour, you often sleep in hotel rooms or on buses or planes, and eat unhealthful fast food meals that are usually full of sugar, meat and fried foods. The whole industry is known for heavy use of alcohol, tobacco and drugs.

Dianna Kenny of Sydney University in Australia examined the deaths of 12,665 popular performers between 1950 and 2014. She found that the male musicians tended to die in their 50s rather than living a normal lifespan of 75 years or more, while their female counterparts died in their 60s where the expected lifespan was in the 80s (Med Prob of Perform Artists, 2016;31(1):37-44). She reported that 30 percent of these artists died from cancers, 15 percent from accidents, 17.5 percent from heart attacks, and three percent from liver disease (Med Prob of Perform Artists, March 2017;32(1):13-19).

A Short, Sad Life
His daughter said that Farrell frequently complained that he couldn’t sleep at night, and “He would take sleeping pills and other pills for his blood.” He used alcohol and drugs because of the stress of traveling and performing, and he became so depressed that he told his daughter, “I don’t want to live any more.”

In December of 2010, he complained of chest pain and shortness of breath after a concert in St. Petersburg, Russia. He was found in his hotel room the next morning, dead from a heart attack at age 61. His funeral brought the three remaining members of Boney M together for the first time in many years.