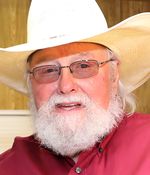 We have lost another country music legend — Charlie Daniels died on July 6, 2020, at age 83.  He was a singer, songwriter and fiddler who was most famous for writing and performing “The Devil Went Down to Georgia.” He was elected to the Grand Ole Opry in 2008, the Musicians Hall of Fame and Museum in 2009, and the Country Music Hall of Fame in 2016.  Daniels from a stroke most likely caused by blood-thinning medications that he took to treat an irregular heartbeat, called atrial fibrillation, that was first diagnosed when he was 77.

Early Life and Music Career
Charles Edward Daniels was born during the great depression in 1936, in Wilmington, North Carolina, and was raised in a religious family that played Pentecostal gospel music. By the time he finished high school at age 19, he was an accomplished guitar, fiddle, banjo, and mandolin player in a rock ‘n’ roll band.  He and his band struggled through long obscure tours until at age 33, when he played on Bob Dylan’s LP Nashville Skyline, followed by playing with Leonard Cohen and Ringo Starr. At age 37, his recording of “Uneasy Rider” finally reached the top ten, and at age 43, he became a superstar with “The Devil Went Down to Georgia.” For the rest of his life he and his band were a major performing attraction.

At age 74 Daniels suffered his first stroke while snowmobiling in Colorado. He recalled that, “I was 20 miles up a mountain snowmobile trail in Colorado when the left side of my body started going numb and I knew something serious was happening to me. I got back down the mountain and was rushed to the hospital in Durango and was diagnosed with a stroke and was given a blood clot buster shot.” At age 75, he saw several doctors for “feeling weak and as if I had the flu” but all his tests failed to reveal a cause. Eventually, he went to a critical care clinic, had an EKG and found that he was suffering from atrial fibrillation (an irregular heartbeat).  He was given a pacemaker to regulate his heart rate and anti-clotting medicine to help prevent a clotting stroke. At age 83, he died from bleeding into his brain caused by damaged blood vessels throughout his body and most likely from the anti-clotting medicines that are given to atrial fibrillation patients to help prevent strokes.

How Does Atrial Fibrillation Cause Strokes?
Atrial fibrillation is the most common irregular heartbeat. In North America it occurs in 1.5-2 percent of the general population, and risk increases with age. It affects 10 percent of 75-year-olds and 20 percent of those over 85.  Aging increases the likelihood of suffering the risk factors for atrial fibrillation, such as blocked arteries, high blood pressure or diabetes.

An upper (atrial) heart that is fluttering allows blood to collect there, which markedly increases risk for a clot forming and passing to the brain to cause a stroke, or to the lungs to block blood flow through the lungs. This is so dangerous that most doctors prescribe anti-clotting agents to everyone with atrial fibrillation. Sometimes these anti-clotting medications cause hemorrhagic strokes (bleeding into the brain). Most strokes are caused by a clot blocking blood flow to the brain; only about 13 percent of strokes are caused by bleeding into the brain.

Some people with atrial fibrillation have no symptoms and do not know that they have this condition until it is discovered during a routine physical examination. Symptoms may include:
• Palpitations (a feeling that the heartbeat is racing, uncomfortable, or irregular)
• Muscle weakness
• Reduced ability to exercise
• Fatigue
• Lightheadedness or dizziness
• Confusion
• Shortness of breath
• Chest pain.

A Lifestyle Full of Risks
Professional popular musicians are at much higher risk for premature death from a number of different causes than the general population (Med Probl Perform Art, 2016;31(1):37–44). Charlie Daniels’ lifestyle was full of specific risk factors for heart attacks and strokes.

Abdominal obesity: I could not find any reports that Charlie Daniels was diabetic, but the vast majority of people who have huge bellies and small buttocks are diabetic, which is a major risk factor for heart attacks and strokes. More than 30 percent of diabetics today are not diagnosed correctly by their doctors because they have normal fasting blood sugar levels below 100. However, arterial damage that causes strokes and heart attacks is done by blood sugars that rise too high after meals. Anyone who has a blood sugar level higher than 145 one hour after eating a meal should immediately adopt a lifestyle that helps to prevent and treat diabetes (Diabetes Care, 2001;24(8):1448-1453).

A pro-inflammatory diet: Foods that turn on your immune system to cause inflammation markedly increase risk for heart attacks and strokes. Daniels should have been on a plant-based diet that restricted mammal meat, sugared drinks, sugar-added foods, fried foods, and refined carbohydrates such as foods made from flour.

Smoking: Like virtually all musicians of his era, Daniels smoked and spent his adult life with nearly nightly performances in smoke-filled theaters and other performance venues.

Lack of exercise: Daniels did get some exercise, but not enough to control his obesity. He enjoyed hunting, fishing, snowmobiling, and other outdoor activities.

Stress from being a stage musician: Traveling long hours between cities, playing concerts that last for hours, eating meals on the run, performing at night and sleeping during the day are all causes of stress that may increase risk for heart attacks and strokes.

Lessons from Charlie Daniels
Death from a stroke at age 83 is a premature death in a person who should have lived much longer than that. Try to follow an anti-inflammatory lifestyle that will help protect you from heart disease, diabetes, and other preventable causes of dying too young:
• Eat lots of the anti-inflammatory foods (see below)
• Try to exercise every day
• Avoid being overweight
• Avoid tobacco
• Restrict or avoid alcohol

Anti-inflammatory foods that you should eat include fruits, vegetables, nuts, whole grains (not ground into flour). beans, coffee, tea, and fatty fish such as salmon, mackerel, tuna or sardines.

Pro-inflammatory foods to restrict include sweetened beverages and sugar-added foods, foods made with flour and other refined carbohydrates, red meat (meat from mammals), processed meats, fried foods, butter and margarine.
More on Anti-Inflammatory and Pro-Inflammatory Foods