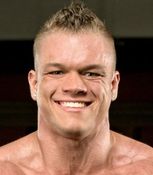 At age 21, Dallas McCarver won the International Federation of BodyBuilding and Fitness (IFBB) North American Bodybuilding Championship to become the youngest professional bodybuilder ever to win a pro qualifier competition. In the next five years, he grew to weigh 300 pounds on a 6’1″ frame, won many bodybuilding competitions, and became well-known as one of the strongest and most dedicated professional bodybuilders in the world. On the evening of August 22, 2017, his roommate and fellow bodybuilder, Josh Lenartowicz, found McCarver unconscious on the floor with food scattered all around him and his heart not beating. Josh called 911 immediately and an ambulance rushed him to the hospital where he was pronounced dead at 1:03 AM. The autopsy showed that he did not die from choking on a piece of food, as was first reported.

When the autopsy report was released three months later, it showed that he died of an acute cardiac event, with contributing conditions of chronic use of anabolic steroids and any number of other drugs that are known to help athletes increase muscle size and strength.

His Bodybuilding Career
McCarver lifted weights to help himself play football at high school in Memphis, Tennessee, and started to compete in bodybuilding competitions. He won the Super Heavyweight class at the 2011 National Physique Committee (NPC) Battle at the River Championships and the NPC Hub City Fitness Quest. He also won the 2012 NPC and IFBB North Americans, the 2015 IFBB California State and the 2016 Chicago IFBB and he was 8th in the very prestigious 2016 Mr. Olympia Competition. He was now famous, had almost 500,000 followers on Instagram, and was dating wrestling superstar Dana Brooke.

In March 2017, five months before he died, he collapsed while posing at the Arnold Classic in Australia. When he was released from the hospital after this event, he was advised to get a medical evaluation in his home city, but he apparently never followed up on that recommendation.

At about 10 PM on August 22, 2017, McCarver talked to his girlfriend and told her he was about to eat dinner. Just before midnight, his roommate came home and found McCarver unconscious on the floor. He was transported to the hospital where he was pronounced dead. No foul play was suspected, and Ms. Brooke believed at the time that he died from choking on a piece of food.

The Autopsy Report
His Heart: The autopsy report released three months after his death showed that he died of a heart attack with huge plaques filling all the arteries leading to his heart. He had one of the largest hearts ever recorded, weighing in at 833 grams, which is three times the size of a normal heart that averages less than 300 grams. Rich Piana, another bodybuilder who died at the very young age of 47 of a heart attack, also had a massively enlarged heart but it weighed only 670 grams.

McCarver had extreme enlargement of his left ventricle that can cause sudden death from irregular heartbeats. Many bodybuilders take human growth hormone (HGH) that causes the heart to become enlarged and outgrow its nerve supply, which does not enlarge. That means that people who take human growth hormone for extended periods are at significant risk for dying of irregular heartbeats for the rest of their life, even thirty or more years after they stop taking that hormone.

Other Organs: McCarver also had a massively enlarged liver and kidneys, severe kidney damage called nephrosclerosis, extensively scarred lungs called pulmonary fibrosis, and papillary thyroid cancer. All of these conditions are known to be associated with taking human growth hormone or steroids.

Medical History: McCarver’s history showed that he had just about every risk factor for a heart attack including high LDL cholesterol, low HDL cholesterol, elevated liver enzymes signifying that he had severe liver damage, and a chronic cough and severe shortness of breath signifying that he had replaced much of his lungs with scar tissue. He had high blood levels of testosterone which signified that he was taking huge overdoses of that male hormone. Normal testosterone levels are reported to be between 300 and 1000 ng/dL. However, when a man takes male hormones, his testicles shut down and his blood levels of testosterone are expected to drop to very low levels. Since his testosterone level was 550, he most likely was taking massive overdoses of testosterone and anabolic steroids. Furthermore, the autopsy report showed that he had high levels of “trenbolone,” a testosterone-like anabolic steroid that can shoot cholesterol and blood pressure to very high levels. He also had positive tests for caffeine and marijuana. He was not tested for excess insulin, another drug that bodybuilders take to grow larger muscles, and that McCarver was known to have taken.

Would You Take Drugs to Become a Champion?
More than 50 years ago, I handed out a single-question paper to a large group of mediocre runners at the starting line of an insignificant local Washington DC road race, asking, “If I could give you a drug that would make you an Olympic champion, but could increase your chances of dying a year later, would you take it?” I was shocked that more than half said that they would want to take the drug.

When I wrote about this for JAMA (1984;252(19):2771), I said, “Athletes sacrifice so much and put so much time and effort into attaining world-class level that they often lose sight of other goals. Many would pay any price to become the best. It is no secret that almost all top athletes in competitive events requiring great strength have taken anabolic steroids at some time. Most were given by ‘false prophets’ who said the pills are harmless.” (https://jamanetwork.com/journals/jama/article-abstract/395271)

The sad stories of Dallas McCarver, Rich Piana, and many other bodybuilders and strength athletes, should make you think twice about taking drugs that can make you a better athlete but may also kill you, even many years after you stop taking the drugs.