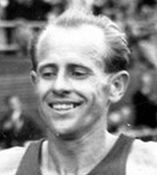 Most runners today still think that Emil Zatopek was the greatest runner who ever lived. At the 1952 Helsinki Olympic Games, he won three gold medals in the 5,000 meters, the 10,000 meters and marathon, all in Olympic and world record times, a feat that will probably never be equaled. At the nine-mile mark of the 1952 Olympic marathon, he turned to the current world record holder at that distance, Britain’s Jim Peters, and asked him what he thought of the race so far. Peters responded that, “the pace is too slow.” Zatopek picked up his pace and Peters tried to keep up with him, but dropped out from exhaustion.

Incredible Courage
Sixteen years after the 1952 Olympics, at midnight on August 20, 1968, a Soviet-led army of Warsaw Pact forces invaded Czechoslovakia with 12 tank divisions, 12 motorized rifle divisions and two parachute divisions, and killed many of those who resisted. At that time, Zatopek was arguably the most respected and famous person in Czechoslovakia because while many of his countrymen were too frightened to do anything, he effectively led the resistance. The Czechoslovak army never left their barracks as the Soviet tanks filled Wenceslas Square. Zatopek, in a rumpled leather jacket, stood on a pedestal by the statue of Saint Wenceslas and told the Czechoslovakian people to resist the invasion. He moved from Soviet tank to tank, spoke to the invading soldiers in perfectly fluent Russian and told them how much they were harming the native people. Eventually a Soviet officer came over to him, shook his hand and told him that he did not feel right about what he had to do.

Many of the men who led the resistance to the Soviet invasion were put in prison, fired from their jobs and denied any exposure to the public, and some were killed. As the most famous man in Czechoslovakia, he was expelled from his job as an army officer and his place in the Communist Party. For the next four years he was sent to sweep refuse off the streets, dig ditches, and dig holes to look for water sources in remote parts of Czechoslovakia. He was allowed to visit his family for a day or two every three weeks. His name was removed from all public records and he slept in the same clothes that he used to work in the fields. It was not until March 1990 that he was rehabilitated by Václav Havel. Sixteen years after his death, all members of the Czech Olympic team in Rio wore vests sporting an image of Zatopek.

Early Years and Running Career
Zatopek was brought up in great poverty as the seventh child of a Moravian carpenter. He spent his later childhood during World War II working in the Bat’a shoe factory in Zlín, where he was recruited to run in local races. During the Nazi occupation, when he was 18 years old, he found out that he had a talent for running and by the end of World War II he was the best runner in the country. He joined the Czechoslovakian army and became an officer. In 1948 he went to his first Olympics, in London, and won the 10,000 meters and was second in the 5000 meters by less than one step to Gaston Reiff of Belgium, in a driving rainstorm. There he met his wife, Dana, who was to become the Olympic javelin champion four years later in 1952.

He spoke at least eight languages fluently and everyone loved him. World record-holding distance runner Gordon Pirie praised his “magnificent character” and French runner Alain Mimoun called him a saint. Zatopek gave one of his Olympic gold medals to Australian Ron Clarke, who never won one of his own in spite of being an 18-time world record holder. Clarke said there never was a greater man than Emil Zatopek. As he entered the stadium to win the 1952 Olympic marathon, his third gold medal of the games, the entire crowd of 70,000 stood up and chanted in unison, “Zatopek, Zatopek.”

Role in a Cold War Romance
At the 1956 Olympic games, hammer throw champion Hal Connolly met and fell in love with Olga Fikotova of Czechoslovakia, who won the gold medal in the discus. This was the height of the cold war and Czechoslovakian citizens were not allowed to marry people from the West. Emil Zatopek spoke to the Czechoslovak president Antonín Zapotocky to request help in getting national heroine, Olga, a permit to marry the American. President Eisenhower and Zapotocky agreed to allow the marriage, and Hal and Olga were married in three ceremonies attended by 40,000 people. Their witnesses were Emil Zatopek and his wife Dana.

His Successful Training Methods
Zatopek was smarter than most of the other runners. He knew that almost all serious runners, from high school through Olympians, were doing interval training in which they would run a fixed distance at a fixed pace, jog very slowly to recover, and then repeat these fast runs and slow jogs until their legs started to stiffen. For example, a runner would run 12 quarter mile repeats, each in 62 seconds, with a 110-yard jog between each quarter mile repeat. He learned from the great Finnish Olympian Paavo Nurmi of the 1920s and was able to run much more than everyone else did by replacing fixed interval training with run-as-you-feel (“Fartlek”) training. Instead of running a fixed number of intervals at a fixed very-fast pace that caused so much muscle damage that he would have had to run slowly for the next one or two days just to recover, he ran a series of short distances at a controlled pace, slowed down as he felt, and then picked up the pace as he could. By alternating these controlled pickups with controlled jogs, he was able to do far more fast running than his competitors who were timing each interval and each rest.

In the 1950s, the best runners were running interval workouts two or three times a week, with a long hard run on Sundays. The rest of their workouts were slower to allow them to recover from the muscle damage caused by their previous day’s intense workout. Zatopek’s world record of 2 hours and 23 minutes (5 minutes and 26.25 seconds per mile) in the marathon wouldn’t even get him into today’s international competitions. The world record in the marathon today is 2 hours, 1 minute and 39 seconds (4 minutes and 38 seconds average mile time) set by Kenyan Eliud Kipchoge on September 16, 2018, at the 2018 Berlin Marathon.

Today’s Training Methods
Athletes today are much faster than they were in Zatopek’s 1950s era because they do their intervals much faster than they did years ago. To run your fastest races, you have to run your fastest in training. This causes so much muscle damage that the runner has to run more slowly for the next two to five days. Sixty years ago, runners would do very fast interval training followed by only one rest day. For example, they would run intervals on Tuesday and Thursday and race on weekends or do very fast long runs on Sunday. Nowadays, the intervals are run so fast that it takes at least 3 or 4 days for the athlete to recover and run his next fast workout. The sample workout below is so difficult that it is done only in racing season and not more often than once or twice a week. Also, it should be attempted only by top experienced runners. A 10,000 meter runner whose fastest half mile is 1 minute and 53 seconds and fastest mile is 3 minutes and 59 seconds will do the following workout: a half mile in 1:55, rest at much as he needs, a mile in 4 minutes and 6 seconds, rest as much as he wants, and then a half mile in 1 minute and 59 seconds. This workout will make him so sore that he will not be able to run very fast for the next few days.

His Death and Legacy
In 2000, at age 78, Zatopek died in Prague of a stroke. His funeral at Prague’s National Theatre was attended by many of the leading international track and field heroes. In 2012 he became one of the first 12 athletes named to the International Association of Athletics Federation’s (IAAF) Hall of Fame. In 2013, Runner’s World magazine named him the greatest runner of all time.

We know that he died of a stroke, but I could find no medical records for him in the world’s literature. However, I do know that he was 5’9″ tall and weighed 139 pounds when he competed, and that he retired from competitive running at age 36, almost never ran again and gained weight consistently after that. At age 47, he showed incredible courage in confronting the Russian tanks invading his native Czechoslovakia. The Russians punished him by forcing him to live in abject poverty and spend years digging ditches, sweeping streets and sleeping in dirty clothes. It was not until 22 years later, when he was 67 years old, that Václav Havel rehabilitated him from this miserable life. A degenerative back problem and a pinched nerve in his neck forced him to walk with a severe limp. He suffered from years of demeaning physical labor, probably had a horrible diet, and suffered the same medical problems as people who had never exercised. He died of a stroke in which his heart, liver and kidneys shut down.