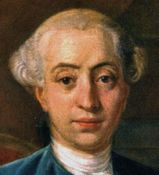 You have all heard about Casanova, who is defined in the Merriam-Webster Dictionary as “a man who is a promiscuous and unscrupulous lover.”   Near the end of his life in the 1790s, Casanova wrote a 12-volume, 3,800-page autobiography claiming that he slept with at least 136 women and some men, including nobility, servants, and prostitutes. These claims were documented by records from the 18th century Venetian inquisition.  He would look for insecure and miserable women, give them total attention, shower them with compliments and tell them how beautiful they were, and when he got them to fall in love with him, he would leave them.