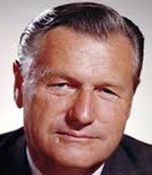 On January 26, 1979, Nelson Rockefeller, former Vice President of the United States, a four-term governor of New York and an heir to the Rockefeller family fortune, died at age 70 of a heart attack that was rumored to have occurred during extramarital sex. New York Magazine reported, "Nelson’s coitus massively interruptus . . . thought he was coming, but he was going" (April 1, 2012).  He was in a townhouse, not in his office as was originally reported, with a 25-year-old woman who was not his wife, when he presumably suffered a heart attack. Instead of dialing 911 immediately, the woman called a friend who later called 911.  Rockefeller's family chose not to have an autopsy done; instead, he was cremated 18 hours after he was pronounced dead.
Heart Attacks Rarely Occur During Sex
A review of the world's literature shows that men who are having sex with their wives are at an incredibly low risk for suffering a heart attack during sex.  Heart attacks are estimated to occur during one in a million acts of making love, with nine percent of heart attack victims reporting that they had made love within 24 hours before their heart attacks and 2.5 percent reported making love within two hours (JAMA, May 8, 1996;275(18):1405-9). Autopsies collected over 21 years showed that two in 1000 sudden deaths occurred during or after sexual activity (Zeitschrift Kardiol, Jan 1999;88(1):44-8).
However, when men make love with women who are not their wives, they are at higher risk for suffering heart attacks (The Journal of Sexual Medicine, June 2012;9(6):1508–1518).  Heart attacks are often triggered by stressful events such as starting or increasing the intensity of an exercise program (Forensic Sci Int, 1996 May 17;79(1):1-10). Dr. Glenn Levine of Baylor Medical School showed that a man's chances of suffering a heart attack are increased by making love to someone who is not his wife (Circulation, January 19, 2012).  Dr. Levine reviewed more than 100 studies and found autopsy reports of almost 6000 cases of sudden death. One in 200 deaths occurred during sexual intercourse. Ninety-three percent were men and of these, 75 percent were having extramarital sex, usually with a younger partner and often after excessive food and alcohol consumption. The late David Kritchevsky wrote,
"Heart beats stay at normal rate,
When one beds down with legal mate.
But roosting in another’s nest,
flirts with cardiac arrest."
Exercise Helps to Prevent Heart Attacks
The person most likely to suffer a heart attack during sex is the one who does not exercise regularly (JAMA, March 23, 2011;305(12):1225-1233).  People who have such weak hearts that they cannot climb up two flights of stairs should be cautious about making love.  The energy required for making love averages 85 calories or 5.8 METS (PLoS One, October 24, 2013), the same amount of energy that it takes to walk up two flights of stairs (PLoS One, Dec 12, 2012;7(12):e51213).  A regular exercise program strengthens your heart to help prevent heart attacks. You can strengthen your heart with ballroom dancing which burns  about 219 calories per hour (Medicine & Science in Sports & Exercise, 2011;43:1575), or any other aerobic exercise.
Impotence is a Risk Factor for Heart Attacks
Heart attacks occur when plaques break off and clots form to completely block blood flow to the heart.  When a man has plaques in the arteries leading to his heart, he usually also has lots of plaques in the arteries leading to his penis.  Decreased blood flow to the penis causes impotence, so inability to maintain an erection can be an early sign of heart disease.  The Caerphilly Heart Disease Study showed that men who have frequent orgasms have half the chance of suffering from heart attacks and dying from any cause, compared to those who have infrequent ones, and the more frequent the orgasms, the less likely they are to die (British Medical Journal, December 20, 1997;315:1641). An increase of 100 orgasms per year was associated with a halving of the death rate.
Lessons from Rockefeller's Death
• Heart attacks during lovemaking are extremely rare.
• People who do not exercise regularly are at increased risk for suffering heart attacks. Making love takes the same amount of energy as walking up two flights of stairs; if you have difficulty walking up two flights of stairs, check with your doctor.
• Inability to maintain an erection is an early sign of arteriosclerosis and heart disease. Men who suffer impotence should be checked for arteriosclerosis.
• Men with arteriosclerosis are at increased risk for suffering a heart attack when they make love to women who are not their wives.
Nelson Aldrich Rockefeller
July 8, 1908 — January 26, 1979