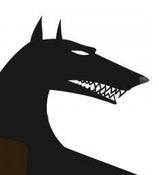 You better believe that you can be scared to death. The “Felony Murder Rule” allows prosecutors in all 50 U.S. states to bring first-degree murder charges against a defendant if someone dies during a crime such as burglary, rape, or kidnapping, even if the defendant did not intend to kill the victim.
• In 1982, jurors convicted Willie Ingram of killing 64-year-old Melvin Cooper after he died from a heart attack in his New York home, caused by the “emotional upset” of being robbed.
• In 2003, a Pittsburgh jury convicted thief Mark Fisher for the murder of 89-year-old Freda Dale, who died in her home from a fear-induced heart attack.
• In January, 2009, prosecutors charged a Charlotte, NC, defendant with first-degree murder for breaking into and hiding in the home of 79-year-old grandmother-of-five Mary Parnell, even though he never touched her and told her that he wouldn’t hurt her if she sat in a chair in her bedroom. He scared her so much that she suffered a heart attack and died.

The Baskerville Effect
You may remember reading Sir Arthur Conan Doyle’s great classic detective story, The Hound of the Baskervilles, written in 1901. Doyle was not only a popular author but also a physician who had extraordinary insight into the causes of disease long before there was scientific evidence to support his views. One hundred years later, in 2001, an article in the British Medical Journal proposed that being scared to death should be called “The Baskerville Effect” (BMJ, 2001 December 22; 323(7327): 1443–1446), because Doyle had described it so well. The Hound of the Baskervilles recounts an ancient legend of Sir Hugo Baskerville, an evil man who was killed by an extraordinarily huge and ferocious dog. Generations of the heirs to his large estate were rumored to be plagued by the same mysterious hound. Many years later, the most recent owner, Sir Charles Baskerville, died from an apparent heart attack surrounded by paw prints of a huge dog.

Elementary, My Dear Watson
Sherlock Holmes is called in to help Sir Charles’s nephew and heir, Sir Henry Baskerville. Sir Henry is being intimidated by signs that he will also be killed by the monstrous dog. Detective Sherlock Holmes solves the case by deducing that a butterfly collector who lives on the estate is really a relative of the Baskervilles who had returned from Africa, killed Sir Charles and now is plotting to kill Sir Henry under the guise of the giant dog legend, so he can claim the vast estate for himself.

How Fear Can Kill
When you are frightened, your adrenal glands release a hormone called adrenalin that helps to increase your strength and speed so you can fight or run away. Adrenalin makes your heart beat faster to bring more blood to your muscles, shunts blood from your intestines to your muscles, and widens your pupils so you can see more, but too much adrenaline can kill you. Adrenaline indirectly opens the calcium channels in heart muscle cells to force calcium inside these cells. This sudden rush of calcium inside heart muscle cells causes the heart muscle to contract. However, filling heart muscle cells with calcium also prevents the heart muscle from relaxing and causes it to stay contracted. This can cause the heart to beat irregularly. The most common irregular heart beat that can kill you is called ventricular fibrillation, which can prevent the heart from pumping blood to your body.

Lesson from a Classic Story
It would be highly unusual for fear to kill a healthy person with a strong heart. However, fear can cause fatal irregular heartbeats in people who have any heart disease. You are at increased risk for these irregular heartbeats if you have:
• fluttering in your chest
• fast, slow or irregular heartbeats
• chest pain
• shortness of breath
• fainting
• feelings of fatigue, light-headedness, dizziness, or sweating.

The lesson I take from this story is that you should be nice to everyone. Your nasty behavior could cause fear and anxiety to bring on irregular heartbeats that could kill a person, and you would be charged with murder.