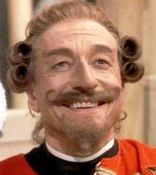 Every physician eventually is asked to treat patients who fake illness, usually to get attention or for personal gain. In 1951, British physician Dr. Robert Asher described three patients who went from doctor to doctor with multiple fictional symptoms, many unexplained hospitalizations, and multiple scars from surgeries that never should have been performed in the first place (Lancet, Feb 10, 1951;1(6650:339-41)). Their stories sounded so real that they convinced honest doctors to operate on them for no good reason. Dr. Asher knew that the patients suffered from a serious psychiatric disorder and named the syndrome after German Baron Hieronymus Karl Friedrich, Freiherr von Munchausen who fought for the Russian Empire in the Russo-Turkish War, retired from the military in 1760 and spent 30 years inviting aristocrats from all over Europe to hear his after-dinner, imaginary tales of his extraordinary battle successes in Russia.
Munchausen’s Syndrome affects about four percent of people in North America (CNS Drugs, 2002;16(1):9-22).  People who suffer from this syndrome are remarkably resistant to treatment and usually continue to fake illnesses for their entire lives (Canadian Medical Association Journal, Sep 15, 1988;139(6):566,568-9).  Documented examples of Munchausen’s syndrome include:
• A 22-year-old woman who went from doctor to doctor complaining of coughing up blood that she produced by cutting herself (Panminerva Med,  Mar 1999;41(1):62-7).
• A 27-year-old woman who had a catheter surgically inserted to receive chemotherapy for a cancer that she did not have (J Surg Oncol, Jun 1994;56(2):136-8).
• Two cases of patients who kept tearing apart their scalp incisions to prevent healing after brain surgery (Neurosurgery, Dec 2004;55(6):1436).
• A 38-year-old woman who would repeatedly stop breathing and have a tube placed down her throat with a positive pressure breathing machine to start her breathing again (Resuscitation, Dec 2007;75(3):534-9).
Munchausen’s Syndrome by Proxy
A variant of the syndrome occurs when a person takes another person to doctors for symptoms and diseases that person does not have, such as when a parent intentionally harms his or her child and then seeks medical help to find the cause. In one widely-reported case, a woman repeatedly smothered her child and then would bring the child into the emergency room asking why the child would stop breathing. The case was solved when the staff installed a hidden camera in the hospital room and saw the mother smothering the child just before she called the doctors in to see why the child had stopped breathing.
The Real Baron von Munchausen
Baron von Munchausen was a German aristocrat who was born in 1720, became a mercenary officer in the Russian cavalry and fought for the Russian Empire in the Russo-Turkish War of 1735–1739.  In 1760, Munchausen retired to his estate in Bodenwerder, Germany, and became famous for telling stories at his parties about his unbelievable military exploits in Russia.  He was so entertaining that for the next 37 years, until his death, aristocrats came from all over the world to attend his parties and listen to him tell his unbelievable fantasies, such as:
• flying over battlefields on a cannonball to check enemy positions,
• fighting a forty-foot crocodile
• traveling to the moon
• being eaten by a giant fish in the Mediterranean sea,
• saving himself from drowning by pulling on his own hair
• getting a wild wolf to pull his sleigh
• using laurel tree branches to hold his horse together after it was cut in two
• tying his horse to a church steeple after a great snowfall and on the next morning, finding his horse dangling from the rope because a warm wind had melted the snow from underneath him.

His wife died in 1790. Four years later, at age 74, he married 17-year-old Bernardine von Brunn, who was 57 years younger than him.  She hated being married to an old man so she concocted multiple feigned illnesses and spent the first summer of their marriage dancing with other men in the spa town of Bad Pyrmont.  Nine months later, she gave birth to a daughter.  Baron von Munchausen claimed that he was not the father of this child and when he died two years later in 1797, he and Bernardine were still fighting over divorce and child support.

The Book that Made Him Famous
Rudolf Eric Raspe, an author and con artist, met Baron von Munchausen and was impressed by his stories. Soon after meeting Munchausen in 1775, Raspe had to leave Germany for England  when a warrant was issued for his arrest for stealing works of art from the local museum.  In London, he wrote a book that was published in 1785, about a German baron who told unbelievable tales. When Baron von Munchausen found out about the book, he tried to sue Raspe, but Raspe had already moved on to Ireland after becoming involved in a mining swindle in England. The book was eventually very successful and was translated into French, Spanish and German.  In 1805, it was published in the United States.
Today, his native town of Bodenwerder has a monument of Munchausen in front of its Town Hall and a Munchausen museum. In 2005, the town council paid for a statue of Munchausen’s cannonball ride to help celebrate the 250th anniversary of the Russian battle of Kaliningrad.

Now all doctors know of the famous Baron von Munchausen, who started out entertaining his friends with tall tales and became known throughout the world by having a syndrome named after him. If you hear your doctor say that you have Munchausen’s syndrome, you will know what the doctor really thinks of your symptoms.

My Recommendations
• To keep your doctor from thinking you may have Munchausen’s syndrome, don’t waste time talking about irrelevant symptoms and complaints.  State your chief complaint and its pertinent symptoms and then let your doctor respond.   Your doctor’s job is to find a cause for your symptoms by asking a lot of questions and probably doing various tests.
• If your doctor does not appear to be interested in what you have to say, and does not come up with an explanation for your chief complaint, you may want to get a second opinion.   Some doctors are so overwhelmed with their patients’ problems that they are incapable of showing compassion and working with you to find a correct diagnosis and treatment.
Hieronymus Karl Friedrich, Freiherr von Munchausen
May 11, 1720 – February 22, 1797