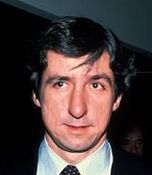 Tom Hayden was a radical protester and California politician who was widely despised for his anti-Vietnam War activities.   On October 23, 2016, he died at age 76 of heart failure brought on by a lifetime of doing everything imaginable to cause the diabetes that destroyed arteries and nerves throughout his body. In his younger years, he drank alcohol and smoked marijuana excessively and had an unhealthful diet full of sugared foods and drinks, fried foods and meat.  At age 62 he had a heart attack and bypass heart surgery.  At 63 he had surgery to open the blocked carotid arteries leading to his neck, and severe pain in his feet caused by diabetes-induced-nerve damage.  He had a stroke at age 75.
Jane Fonda Made Him Famous
In the 1960s, he was co-founder of Students for a Democratic Society against segregation, poverty, and war and was also a Freedom Rider in the South.  In 1968, at age 28, he was arrested for participating in a violent student strike at Columbia University and he was arrested and denounced as a traitor for disrupting the 1968 Democratic National Convention in Chicago to protest  the Vietnam War.
He was most famous as the husband of movie star Jane Fonda.  In 1971, Fonda was already rich and famous with lots of available lovers, but she wanted to be taken seriously as a person who did good deeds so she participated in left-wing politics.  She gave an anti-war speech and afterwards, Tom Hayden, with his long hair and baggy trousers, congratulated her.  She went home and told a friend she’d just met the man of her dreams. She wanted him to accept her for being a good person, but he criticized her for being rich, famous, and beautiful.  They became lovers and she adored him.  He made her sell her fancy home in Los Angeles and they bought a modest, run-down bungalow in Santa Monica where they slept on a mattress on the floor.  He made her sell her Cartier wristwatch and replace it with a cheap Timex.  In the mid-1970s, world-famous Jane Fonda carried bags of laundry to the home of her ex-husband, Roger Vadim, because Hayden would not allow her to buy a washing machine.
She went to Viet Nam and was pictured in a Vietnamese gun turret.  She came home to the U.S. and was known as a traitor.  She told Tom Hayden that she wanted to have a baby, so they decided to get married.  Their wedding was punctuated by the extensive smell of marijuana, and the Hell's Angels guarded the house from people wanting to kill her. In 1973 they had a son. At this point, Hayden was drinking heavily because he was jealous of how famous she was.  She gave him $500,000 to finance a losing 1975 campaign for the Senate. The nicer she was to him, the more he criticized her for being rich and famous.  Jane Fonda founded her Workout exercise program that earned $20 million dollars, of which she spent $17 million for his Campaign for Economic Democracy, which promoted his causes. He responded by telling her that he hated the Workout, the major source of their money, and increased his drinking.  He was reported to be spending time with actresses Margot Kidder and Morgan Fairchild. In the mid-1980s, he told his wife that he was in love with Vicky Rideout, a young political speech writer.  Fonda threw plastic bags of his clothes out of the bedroom window and the marriage was over.
Elected Politician
In 1982 at age 42, he was elected to the California State Assembly and served eighteen years in the California legislature.  In the 1990s he ran unsuccessful campaigns to be mayor of Los Angeles and governor of California.   In 2000, at age 60, he left politics but continued to write news articles and books.  He spoke about social justice and peace and protested against racial discrimination, fracking, oil drilling and global warming.
Miserable Last Two Decades
Hayden was a very good baseball player, but he foolishly thought that playing baseball once a week and running around the bases would be enough to keep himself  fit and healthy.  He was not obese, but his poor lifestyle choices caught up with him at a young age and he became more and more debilitated from the effects of diabetes.   He died at 76 which is way before his time, but worse than an early death is that the quality of his life during his last several years made him miserable.  Diabetes destroyed his nerves so he had constant pain in his feet and elsewhere.  The heart attack left him with chest pain, shortness of breath and eventually limited his ability to go anywhere.  The stroke affected his mind as well as his ability to walk and function.
Lessons on the Importance of Lifestyle
• Diabetes, heart attacks and strokes are lifestyle diseases that are largely preventable with a healthful lifestyle.
• Diabetes cannot be cured with drugs.  The most effective ways to prevent, treat and cure diabetes are lifestyle changes.
• A healthful diet includes eating lots of vegetables, fruits, nuts, beans and other seeds, and avoiding sugar-added foods, sugared drinks, fried foods and meat from mammals.
• Lose excess weight and maintain a healthful weight; I recommend intermittent fasting.
• Try to exercise for at least a half hour every day.
Tom Hayden
December 11, 1939 – October 23, 2016