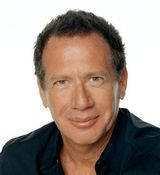 A blood calcium test is one of the routine blood tests done on normal physical exams. If your doctor ever tells you that your blood calcium is high, make sure that you find a cause. The most common cause of high blood calcium is a parathyroid tumor, which usually can be removed and you are cured. Otherwise it can harm and even kill you.
Garry Shandling was a stand-up comedian, screen and television actor, director, writer and producer who was nominated for 19 Primetime Emmy Awards and two Golden Globe Awards as the star in It’s Garry Shandling’s Show and The Larry Sanders Show.
At age 66, with little warning, he died of a sudden massive heart attack. He had no previous heart attack warnings and had not consulted a doctor for more than a year. The day before he died, he complained of shortness of breath and chest pains to a doctor-friend who visited him at his home. The doctor told him that if he wasn’t feeling better by the next day to go to an emergency room. The next morning at 10:30 AM, while calling 911, he fell on the floor unconscious. Paramedics rushed to his home, and since no one answered the bell, they broke the door down. They found him unconscious but with his heart still beating. He was rushed to St. John’s Hospital in Santa Monica, but had died before they got him there.
Parathyroid Glands Control Calcium Levels
Why would this man have a sudden fatal heart attack at the relatively young age of 66?   He was not overweight.  He was very fit, played basketball and boxed four times a week.  He owned the Wildcard West Boxing Gym in Santa Monica  and had a basketball court at his home.
Three months before his death, he was on Comedians in Cars Getting Coffee and told the host, Jerry Seinfeld, that he had a hyperactive parathyroid gland.  The parathyroid glands control calcium levels that send messages along nerves that regulate heart beats and mind function.
Gary Shandling’s overactive parathyroid gland produced excess parathyroid hormone that can cause bone fractures, kidney stones, mood disorders, loss of memory, dementia, and heart attacks.  High parathyroid hormone levels raise blood calcium levels by causing you to absorb more calcium from your diet and to draw calcium from your bones into your bloodstream. Taking calcium out of your bones weakens bones to increase fracture risk.  People usually have four parathyroid glands located near the thyroid gland in the front of the neck. Shandling could have consulted a specialist who would have removed one or more of the overactive parathyroid glands and he would have been cured.
Never Ignore a High Blood Calcium Test
A parathyroid tumor is the most common cause of high blood calcium.  All of the other causes are far less common; they include:
• a disease called sarcoidosis
• a bone disorder called Paget’s Disease
• milk-alkali syndrome (taking large amounts of dairy products to treat stomach ulcers)
• excess intake of vitamin D pills
• certain drugs such as diuretics.
A hidden cancer, such as lung, breast or kidney cancer, squamous cell skin cancer or multiple myeloma, can cause high calcium, but this is rare and usually occurs only after the cancer has spread through the body.
Please note that you can have a parathyroid tumor even if your blood calcium level is normal.  People who have kidney stones or any of the other symptoms of an overactive parathyroid should get a blood test for parathyroid hormone.
Hyperactive Parathyroid Increases Risk for Inflammation
I cannot be certain that Shandling’s hyperactive parathyroid caused his heart attack, but it is a known cause of inflammation. Plaques form in arteries when an overactive immune system, called inflammation, punches holes in the inner lining of arteries.  The holes bleed and clot and then a plaque starts to form.  Heart attacks are not caused by the plaques themselves.  A heart attack occurs when a piece of plaque breaks off from the artery wall, which causes a clot to form at the injured spot.  The clot extends to block all blood flow to part of the heart muscle.   The heart muscle’s sudden complete lack of oxygen causes that part of the muscle to hurt and die.   After the start of a heart attack, a person has only about 90 minutes to get to a hospital and have a tube inserted into the blocked artery to open the artery and allow blood to flow to the damaged heart muscle.  Otherwise, the oxygen-starved heart muscle dies and is replaced by scar tissue.  Anything that causes chronic inflammation can lead to a heart attack.
His heart attack could have been caused by any one of the many sources of inflammation.  Scientists have not worked out all the mechanisms, but anything that damages cells in your body causes inflammation. This may explain why many unhealthful lifestyle habits are associated with increased risk for heart attacks, cancers and other diseases:
• being overweight
• smoking
• drinking too much alcohol
• exposure to excess sunlight
• lack of exercise
• dietary factors (see the list of pro-inflammatory and anti-inflammatory foods )
• cumulative lifetime exposure to X rays and other radiation
• exposure to certain chemicals or substances that are known carcinogens
• chronic infections anywhere in the body
Garry Shandling
November 29, 1949 – March 24, 2016